Soulful, sublime and shining! Three words sum up this Melbourne based, exotic singer-songwriter from Sri Lanka.

Suzette Herft is a contemporary troubadour and award winning songwriter with a sublime voice. She shines with a natural grace and presence that lights up any stage. Her live performances captivate the audience and she has been described as  'charismatic... with her heart in tune with her world' (The Australian Songwriter - Australian Songwriters' Association).

When Suzette sings, she invites the listener to dive deeper into the heart of what it is to be human and the grace to overcome life's obstacles. She turns the looking glass onto her own life with lessons of finding joy from sorrow and distilling the light from the darkness.  Her music is indeed medicine for the soul!

Suzette has won wide acclaim for her brilliant tribute show to her hero - Joan Baez for being the ‘voice for the voiceless’ at numerous festivals around Australia, including standing ovations at recent Port Fairy Folk Festivals.  With her band, she has recently breathed life into the songs and the story of Emmylou Harris - another performer she admires.

Suzette is also masterful facilitator of singing sessions and a ‘song catcher’ with her wide-ranging repertoire and her passion for inclusivity,  ‘giving everyone a voice’.  Suzette is passionate about songwriting and inspired by a visit to Nashville, she founded the Melbourne Songwriters Guild.  She has been a regular songwriting tutor at The Lake School for Celtic Music and other community groups.

Her songs have been finalists in the Australian Independent Music Awards over the years.

Suzette was awarded the 2019 Folk Victoria Award for services to Folk Music and shares this honour with many prominent figures in the music industry.

Suzette has produced 6 cds and is currently gathering up songs for her 7th cd. Her previous cds have been produced by the talented Shane O'Mara, and the late Hugh McDonald.

Growing up in Sri Lanka, Suzette Herft’s childhood centred around the pop songs coming through the speakers of the sole English speaking radio station... the sounds of the BBC. She sang along to songs from the Beatles, the Seekers, The Everly Brothers, Englebert Humperdink, Petula Clark and other popular artists. Suzette learnt all the words of the songs by painstakingly writing them down as she heard them. (There was no tape recorder around for this child who had very little and spent her time climbing trees, playing on the streets and singing at every opportunity she could get, including being the youngest in the Church choir).

All through her life she has collected songs, writing them down in songbooks and now downloading lyrics from the internet. All these songs have been used at one time or another during her performances or sessions. She is widely known for her ability to facilitate wonderful singing sessions with her passion for inclusion and giving everyone a voice. She currently co-hosts a Singers’ Session on the 3rd Wednesday of the month at The Quiet Man Hotel, in Flemington.

When Suzette's family moved to Australia in 1972, she couldn’t quite get used to the Australian Pop and Rock that her peers were listening to. Instead, she gravitated towards her father’s record collection. He had saved all his spare money (not an easy task when you have 7 children to support and having to start in a new country with nothing), and he purchased a record player... the one in a box, with the logo of the dog listening to the gramophone – ‘His Master’s Voice’. Her father collected a new record each new pay day, which Suzette eagerly anticipated.  She was soon singing along to his record collection of Jim Reeves, Hank Williams, Hank Snow, Gene Autry, Charlie Pride, Slim Dusty and other cowboy, country and gospel crooners.

She bought her first guitar at the age of 12 - a 'KMart' $12 dollar special with a $2 book - 'A Tune A Day', inspired by the David Cassidy character from The Partridge Family, that she watched diligently after school, "what a dream life". Unable to make any real progress initially, she finally found a mentor in the folk choir at the local church, where guitars and folk hymns replaced the traditional organ hymns.  "I bought my first real guitar when I was 14, and furiously taught myself every chord I could find and practiced the songs I knew."

By the time Suzette hit her late teens and began attending Teachers’ College at the age of 17, she became exposed to the music of the Singer-Songwriters  such as– Joni Mitchell, Don McLean, Jim Croce, Neil Diamond and Janis Ian and her musical peers who were also writing their own songs. So began her journey in songwriting. "When I started writing songs, they were pretty basic, limited by my basic playing of the guitar. By the time I was 20, I had become more confident and I was writing much better songs in general about a range of subjects."

In her early 20's Suzette was introduced to the world of American and English folk music. " I became hooked on the likes of Joan Baez, Judy Collins, Sandy Denny and Emmylou Harris. My early performances in the 80's at the Spaghetti Theatre, The Pancake Parlour and the Twilight Café contained songs I had learned from their albums. Later on when I started performing at places like 'One-C-One" (Melbourne's oldest folk venue) and other folk venues, I started incorporating some of my own songs in the sets."

Suzette, whose interests include country music, gospel, folk and blues and "any great song", finds it hard to place her songs in a particular category. "I suppose you could call it contemporary Folk or as I sometimes call it 'Country/Folk Soul. The genre I was placed into when I went to the States was ‘Americana’ “. It's about the stories and experiences of people of our time. I love songs that tell a story. Some songs tend to have a social or political focus. I think that comes from the influence of people like Joan Baez and Pete Seeger who use their music to bring awareness to a particular issue or just to touch people."

"As a migrant, a psychiatric nurse and a mother you cannot help but be exposed to a variety of experiences, the joys and struggles that people share. I like to tell stories in song, but I also like to sing songs from other writers that particularly touch me. My performances tend to be a mix of originals and covers of songs that have touched me with their substance and soul."

Motherhood in her mid 30’s meant that performing often took a back seat at the time.  However, Suzette still kept stealing time for writing and recording, between the breast feeding and home renovations. She re-launched her career in 2008. Since then, Suzette has performed at a variety of venues and events locally, nationally and internationally, as well as recording an additional 4 albums.  Some of her more recent festival performances include - The Apollo Bay Music Festival, The National Folk Festival, Maldon Folk Festival, Newstead Music Festival and a well earned standing ovation at Port Fairy Folk Festivals in 2014 and 2015.

Interested in the historical beginnings of her style of music, Suzette began researching and writing a show to commemorate 50 years of public performance for one of her heroes – Joan Baez. This show has received numerous accolades and standing ovations since its debut performance at the National Folk Festival in 2009 and every festival since, including recent Port Fairy Folk Festivals.

In 2012, Suzette travelled to the USA fulfilling one of her dreams of undertaking a ‘musical pilgrimage’ to the States. She performed at numerous places, including, Flagstaff Folk Festival in Arizona, and other venues in San Francisco, Phoenix, Tucson (Arizona), San Antonio, Austin (Texas) as well as the famed ‘Bluebird Café, Vanderbilt Hotel (Nashville) and The Passim Club (formerly Club 47 in Cambridge, Boston) where Joan Baez got her start.

Inspired by the Songwriters in Nashville, and having participated in several ‘Songwriters in the Round’, plus attending a Nashville Songwriters Association Songcamp, Suzette came back enthusiastic and passionate about supporting the local songwriting scene. She has since started a monthly support group for songwriters, where songwriters can share their new songs, ask for critique, learn about songwriting and the music business from their peers. She has attended numerous songwriting workshops over the years with Pat Pattison, Jason Blume, David Olney, Kevin Welch, Mary Gauthier, Steve Seskin, Beth Nielsen Chapman and many others, even returning to Nashville in Jan 2020 and the Bluebird to continue her learning.

Suzette continues to grow musically, with her songwriting taking on an even more personal edge, from reflection and immersion in life's numerous lessons. She is like an 'ever- ready' battery and 'keeps on keeping on', currently expanding her learning in acquiring skills to write for sync licensing as well as home-grown music production.

For Suzette, music is like her very breath, giving her life... giving her wings to fly when she opens her mouth to sing. You cannot be helped but be touched by the joy emanating from her when she sings. 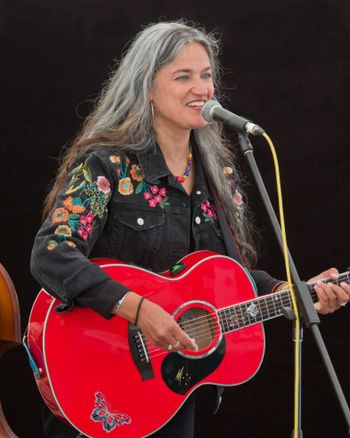 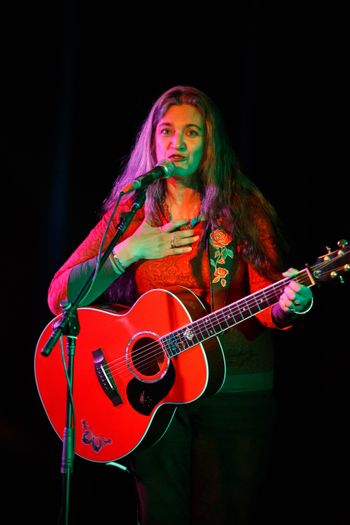 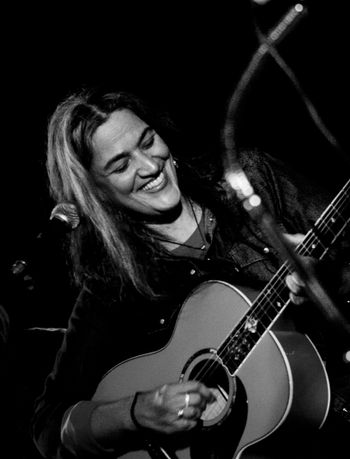 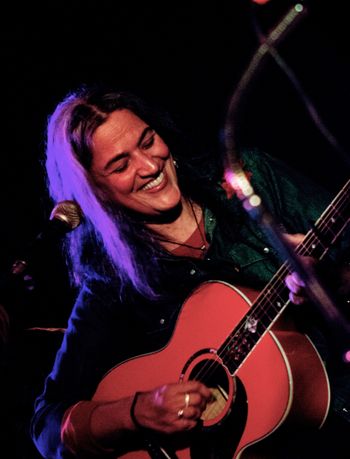 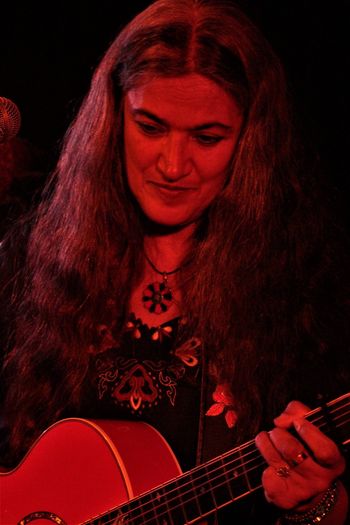 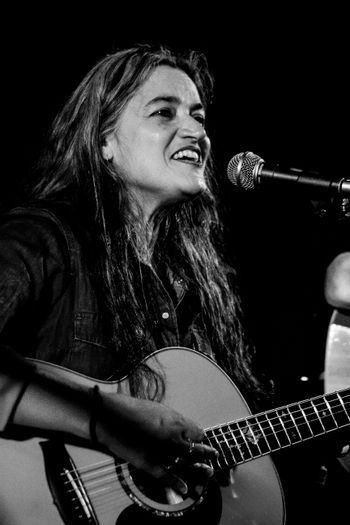 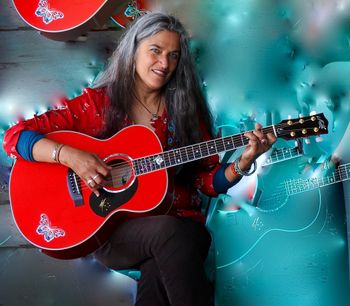 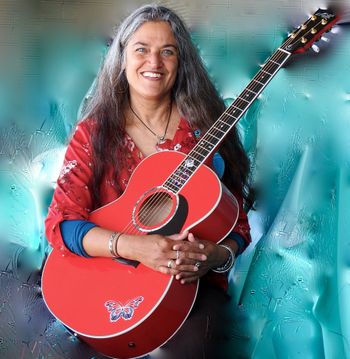 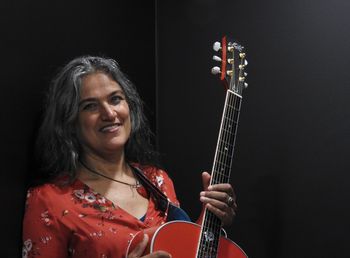 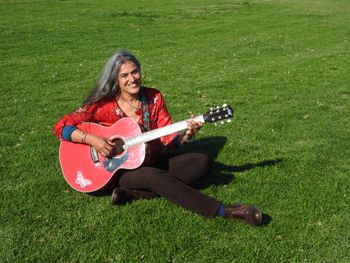 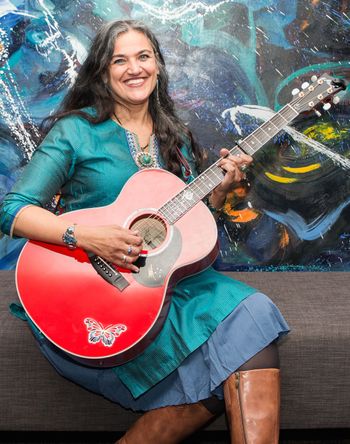 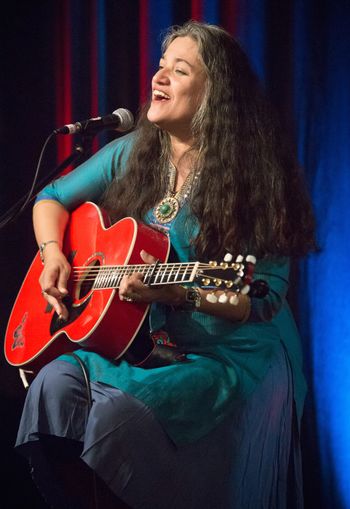 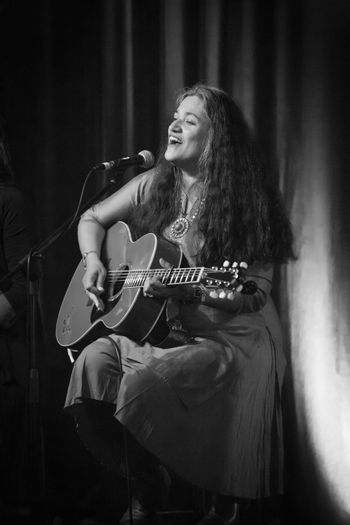 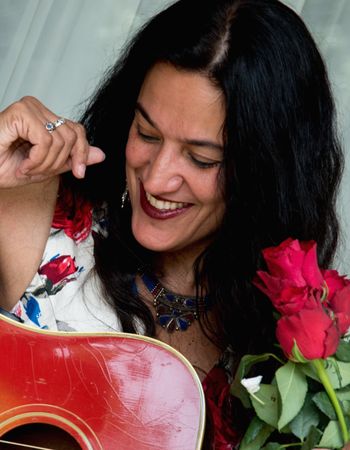 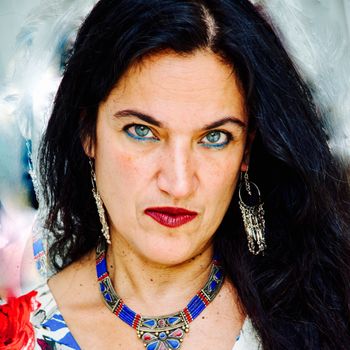 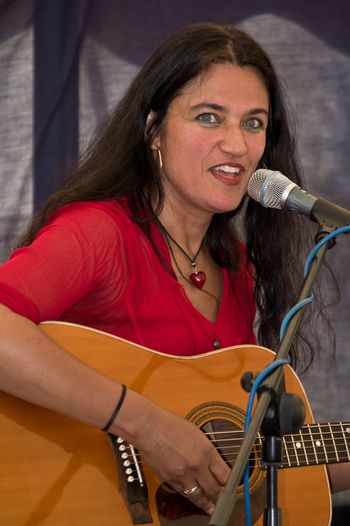 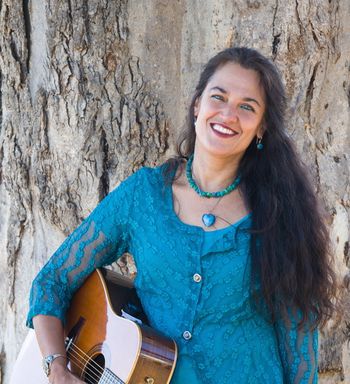 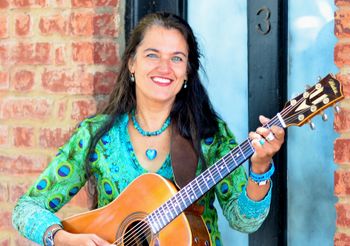 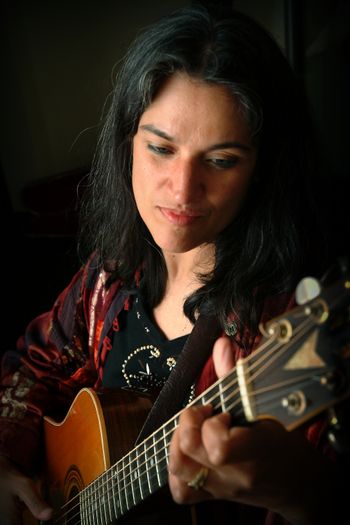